At the close of the XVth century, Joana l’Alguera, the most distant ancestor known by the today’s owner of El Baiés de la Costa, gave her son Joan in marriage to Agnès.

More than five hundred years latter, the current owner named her first daughter Agnès. Between the first Agnès, Joana’s daughter in law, and today’s Agnès, daughter of Marta, almost six centuries have gone by.  Over that time, not only has the house been preserved and restored, but it has also been successfully handed down generation after generation.

Why Ca l’Agnès? Because Marta, today’s owner, wouldn’t have existed without Joana; and we can talk about a second Agnès because some time ago there was a first one. Because the birth of Agnès in 2011 has given sense and inspired the restoration works and the development of the project. And because people and projects are both sons of their time. 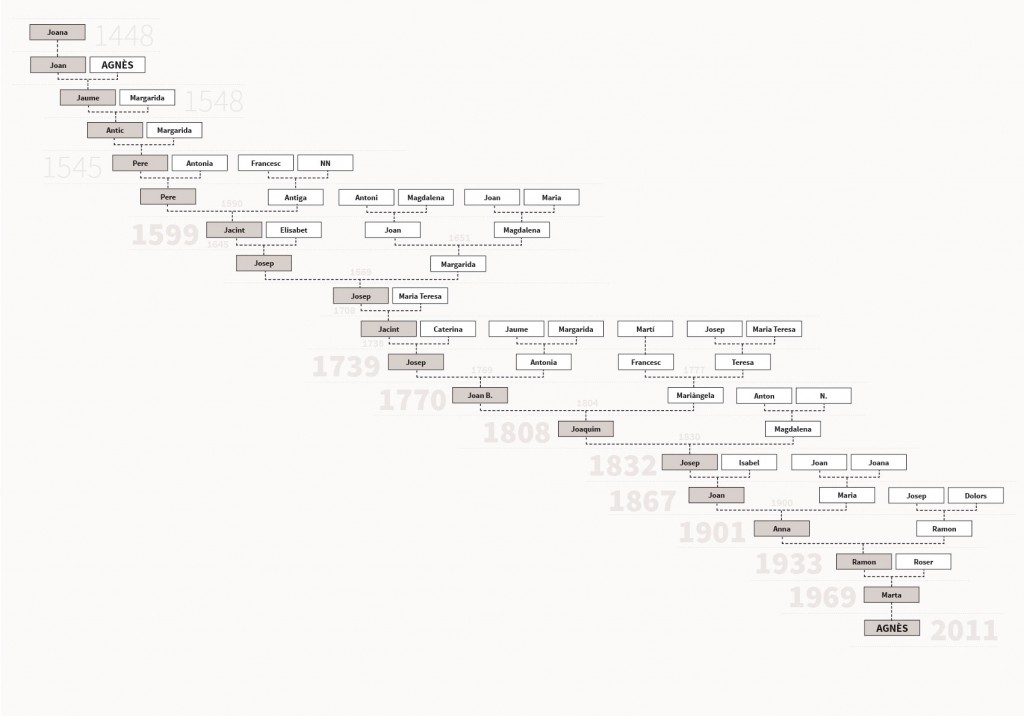